In my analysis on Avi Tech Electronics (See Avi-Tech Electronics - Is Quick Profit Possible?), I highlighted the reasons both quantitatively and qualitatively, why I feel the company is undervalued and that the various ongoing corporate actions may serve as a catalyst to drive up the price towards its true value. Since my initial post about it on 30 December, the price has risen from S$0.074 to S$0.091 - a reasonable gain of >22% in about one and a half months. My own average price of S$0.699 would mean a 30% gain since around 2-3 months back at November. With the release of the half-yearly results yesterday, this post is just an update about how the story unfolds so far and my intended actions. 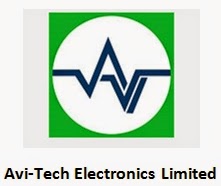 
As seen clearly from the Table 1 above, revenue, gross profit and net income show marked improvements. Similar growth may be observed in its operating cash flows (you can find out more from the company's latest earnings release).

I've extracted Table 2 from my previous post on Avi Tech. Here, you'll notice that the company has been loss making for many years. Also, despite cleaning up the effects of the subsidaries (they are contributing the bulk of losses for the past few years) that are in the midst of being discontinued, the core operations still show slight negative results from 2012 to 2014. Since 1Q2015, it is clear that not only did the disposal of subsidiaries help stem further losses, the improvements in core business have contributed to profitability as well. All in all, the results in 1H2015 represents a significant turnaround transition from loss-making to profitability.

I believe it is important to pinpoint whether the improvements in core operations are the result of improvement in trends of the industry or due to specific actions undertaken by the management. From the announcement, the management mentioned that the semi-conductor industry as a whole appears to be in an uptrend recovery and they 'remain optimistic of continued improving performance if this uptrend continues'. With improved results seen across all business segments, it is pretty clear that the industry recovery did play a large part in the increase in revenue for the past few quarters.

However, I argue that the management played a significant role in retaining these revenues especially since the company's inclusion into the SGX watchlist in 4Q14. The gross profit margin has grown from 11.3% in 4Q14 to 22.6% in 2Q15 and this is, to quote the management, 'partly the result of  effectiveness of the ongoing cost control measures and the enhancement in productivity across all business segments'. This is made clearer if we observe the drop of COGS as a percentage of revenue from 88.7% in 4Q14 to 77.4% in 2Q15. Another factor that plays a part is the significant decline of its operating expenses as a percentage of revenue from 18.9% to 9.9%. Although we do not have much information about the specifics of operating expenses, in the typical case such expenses should not provide future economic benefits to the company and thus such cost-cutting measures usually will not have serious undesirable consequences.

To sum it all up, an investor of the company should be heartened to see that the better set of results are not solely due to general improvements in the semi-conductor industry but also due to active steps taken by the management to ensure that more money flows into the bottom line.

I just want to highlight the fact that the discontinued operations did contribute a decent amount to the bottom line in the past 2 quarters. Although non-recurring in nature, its always good to know that its disposal will continue to throw in some amounts of cash for the company. The net asset value of this group under disposal currently stands at about $966,000.

Another positive note is the resumption of dividend payments after a hiatus of more than 3 years. Coupled with the purchase of shares by directors in the past 6 months, the interim dividends declared is a clear show of confidence from management that they believe that the company has indeed turned around. The interim dividends of $0.3 cents per share represents about 3.3% dividend yield at current market prices (4.3% based on my own purchase price).

In my previous article about Avi-Tech, I estimated that the liquidation value to be about S$0.094 per share. Using the same method alluded in that post, the new liquidation value should be S$0.099. I continue to believe that this is the minimum valuation that should be afforded to the company, especially considering that the continued improvement of business operations should provide further support to its intrinsic worth. This new valuation excludes the proceeds that Avi-Tech could have received in the future from the disposal of its subsidiaries.

Another reasonable way of checking the valuation would be the use of pro-forma statements as shown above. The main assumption here is that management is able to continue to keep Cost of Sales and Operating Expenses at 79.9% and 10.7% of revenue, as per 1H15 results. Finance costs and Operating income have been pretty stable over the years and should not venture too far away from $0.100M and $1M respectively.

From Scenario 1, if we were to assume that revenue reverts back to its worst level seen so far in 2014 (for eg, if semi-conductor industry as a whole declines and affect sales badly), the implied P/E ratio at current price of S$0.091 is 12.7x. Do note that 2014 net earnings is negative. This difference is mainly due to management's cost cutting and productivity measures that I had highlighted above - which further shows the importance of such management actions. If we were to annualize the 1H15 results such that the revenue will at least maintain current levels (as in Scenario 2), the implied P/E becomes 11.0x. These valuations ain't that demanding at all. Of course, the P/E based on my purchase price would have been much lower at 9.8x and 8.4x respectively. (I did not include Scenario 3, which is for those who feel the improvement in the industry as a whole will contribute further to sales growth. If this does happen, valuations will obviously be more attractive.)

It seems that Avi-Tech Electronics has finally turned around. Although we can't be sure if these very much improved results can be sustained, we can take comfort that:

Having said all these and with the new estimated minimum liquidation value of $0.099 as a guide, I'll probably continue to hold on to my shareholdings until price exceeds above this or if there's any serious deterioration of fundamentals in the company that warrants my attention. Did any of you bought into Avi-Tech? Let me know your opinions!